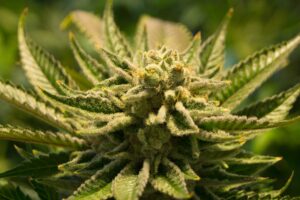 Sometimes it feels like I’m the only student at my college who isn’t a supporter of recreational marijuana use. People always seem a little surprised when I decline an invitation to smoke, and even more so when I explain that I dislike marijuana. It’s beginning to feel like smoking marijuana is the norm, and abstaining from marijuana use is an unusual thing to do.

While the number of students who smoke marijuana is at an all-time high, the majority of students still don’t smoke pot.

Why does the support for marijuana among college students seem so strong?

Liberal ideologies tend to be very popular among students on campuses. UNR students are no exception, as indicated by the substantial attendance to Bernie Sanders’ campus visits. Students tend to cling to the ideas and morals that will earn them the most approval among their peers.

Marijuana legalization is a strong proponent of the leftist agenda. It conveniently coincides with college party culture.

College partying isn’t only constantly portrayed in pop culture as acceptable. It is consumed and perpetuated on campuses across the country.

Not only are college students told by the media that experimenting with marijuana is okay and even encouraged, there are also several prominent politicians who condone it as well.

It is a common misconception that marijuana is a harmless, non-addictive substance. With myths such as these being advertised as facts, it’s no wonder college students are more tempted to try marijuana.

Why is marijuana so dangerous?

The increasingly positive attitude towards marijuana use is very dangerous for college students for many reasons. Users have more access than ever before to the most potent strains of marijuana. The substance can have severe long-term effects like decreased academic performance, loss of motivation, depression, and anxiety. Marijuana can also be a gateway drug to other substances like cocaine and opioids. As marijuana becomes legal in more states, more people are refusing to believe that the substance could ever cause any of these problems. Consequently more uninformed college students are experimenting with marijuana, thinking it is completely harmless when it’s not.